A downloadable game for Windows

PLEASE NOTE: Your antivirus software may detect the executable as a false positive, I'm not sure why it does this or how to fix it.

INSTRUCTIONS: Arrow keys to move, arrow keys to shoot, and hold Space to use your charge shot.

Essentially, the premise of the game is that you are a dude who cannot move because their gun is too heavy. If you shoot the gun, the raw power of the gun knocks you backwards. This is your best defense and your only escape from the ALIEN FROG MONSTERS. Fire the weapon with the arrow keys. You can also do a charge shot that
knocks you back even further by holding in space. You can see your current charge in the upper left corner, right below your HP indicator (for more info, see MSPAINTInstructions.png in the ZIP file).

This is my first ever game aside from some small simple projects in Scratch as well as a Minecraft 2D I've been working on, so that's my excuse for the games awful visuals and unfitting sound effects. Not only is this the first game I've "finished," but I had to do it in less than 2 days because I worked both days and I'm going to visit family shortly after this. I appologize for any trauma that my mouse art skills have
caused you, and I can be held liable.

I believe this fits with the theme given because the moving mechanic is tied to the shooting. You can't move without shooting, and you can't shoot without moving. I wish I could've put more effort into making every element have as many practical uses as it could, but again I was just tight on time. Let me give you the rundown:

Shooting/moving: Shooting not only provides a defense against the alien frogs, but it gets you around the map quickly.  You might eventually find yourself between a rock and a hard place though, and you'll have to use your wits of the mechanics in order to survive.

Enemy frogs: The frogs are pretty simple: They'll hop towards you if you get close enough, and if they touch you you'll lose health. However, you begin the game with no health, and the only way to gain life is by killing these enemy frogs. In addition to provoking health management, these guys can also set your course and change your plan in the level.

Pits: These bottomless pits are even more deadly than the frogs. If you fall down, you die. You can however clear the gap using your charge shot. But be careful, because if you overshoot it, you might just fall right into another pit. Aside from being terrain hazards, the pits also provide a barrier against the frogs. They could provide a moment for you to catch your breath in the chaos, and the next second they could be your demise.

This game was made using Game Maker Studio Pro, as were all the visuals aside from the title and end card which were made in GIMP (https://www.gimp.org/). All the sounds were thrown together using BFXR (http://www.bfxr.net/), a free 8-bit sound effect creator. I didn't have time for music, also I have no clue how to make anything that sounds decent so I settled for a scary silent atmosphere.

I realise you have many choices when it comes to Game Jam entries, so I appreciate you stopping by!

To install, simply download and extract the ZIP file. The readme.txt is just a near copy of the description, so you don't have to read it. But please, check out the MSPAINTInstructions.png file before playing the game. 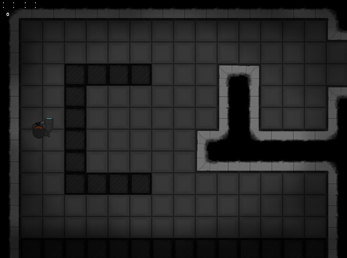 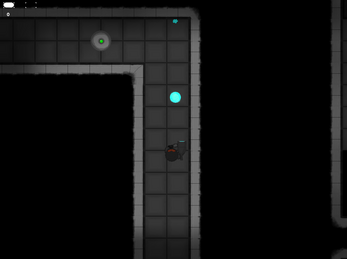 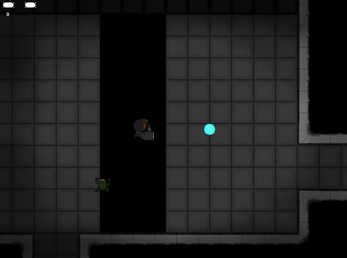